And now for something a little different! After mentally exhausting myself in February I took it a bit easier this time around – at least on the code/art side of things – and took some time to learn Twine and write myself a little story. 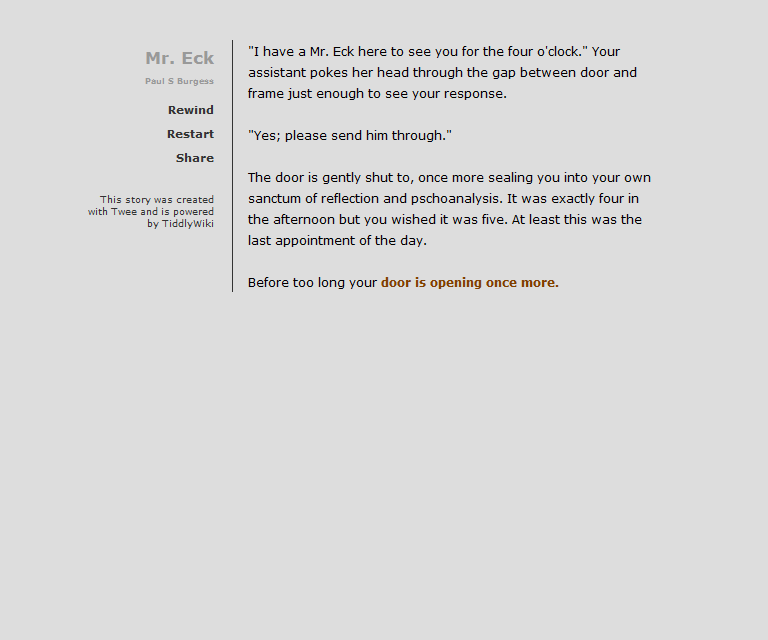 The convention in a lot of text adventures is to address the player in the second-person as “you” – “you are faced with a choice”, “you walk North towards the badger sett” and such. So my little twist on this is a sort of role-switch: the story mainly consists of a dialogue between two characters; your character is the one addressing the other in this manner. You suggest to him which choice to make, and you hear his response to these instructions.

This is structured within the setting of a hypothetical hypnotherapy session, where you are able to heavily influence your patient’s dream-like thoughts. There are three endings, although they don’t differ hugely. Three months in, three games out: going to plan so far!

This site uses Akismet to reduce spam. Learn how your comment data is processed.